A fault by any other name … 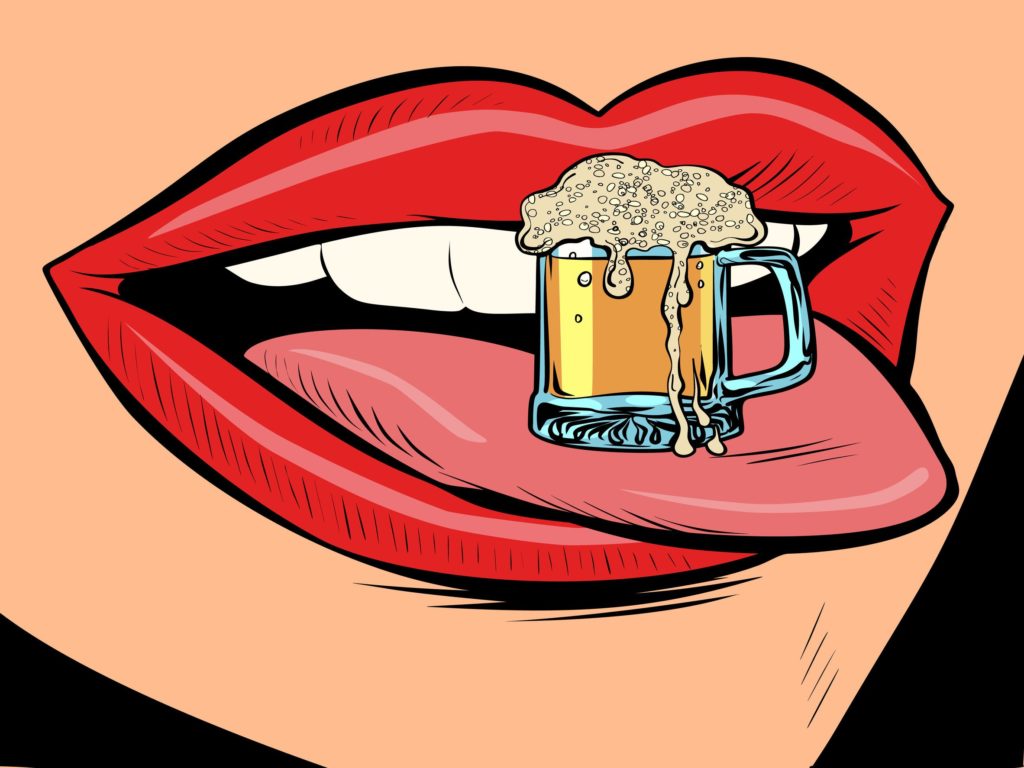 If you read the news, you know there is a lot of faulted beer out there in the market.

I understand I am not the first person to cynically suggest that beer quality is down the list of priorities when releasing a beer to market. It seems to me that cool labels, funny or controversial beer names, marketing and PR are all much more helpful in selling beer than the quality of the product. A pun and some hops and they are off. A reassuring feeling, no doubt, when you have a kettle-burnt APA or a vegetal lager sitting in a tank, but I do fear for the future of breweries and our ability to continue to sell our faulted batches. As consumers slowly grind towards sophisticated palates and begin to recognise the faults in these beers, perhaps the public will start turning their noses up at them. Perhaps they’ll no longer want a $13 IPA full of isovaleric acid – even if there is an anthropomorphic hop on the label.

So, what is the solution to this problem? That we somehow get all of these breweries together, upskill their brewers, educate them, upgrade their equipment, create industry-wide best practice? That sounds like an absurdly hard task, and with a new brewery opening every week in New Zealand, one that will be difficult to keep on top of. So in lieu of collectively increasing standards, I have a better solution: an industry-wide rebrand.

Why brew beers without faults when we could simply rebrand the faults into things that are good and nice? Just think, a few years ago I would have laughed at the idea that anyone would want some murky, toilet-water-looking, hazed-up IPA. But now we have done it, haze isn’t a fault anymore – so why stop there? Screwing up the filtration used to be such a big deal in a brewery, now filtering is for suckers. So, can it work for other faults too? Can one person’s p-menthane-8-thiol-3-one be another person’s pleasure?

I love having people tell me they can detect a slight hint of diacetyl in a 100 IBU 7 percent IPA. My aim here is not to take away people’s ability to sound like condescending wankers, but why should a compound that tastes like buttery popcorn or butterscotch candy (both objectionably delicious) be deemed so un-delicious when it’s in my lager? I would eat popcorn and drink lager (I do in fact bring two pocket-lagers with me to the cinema regularly), why not have both together? Movie popcorn is, after all, the only thing more expensive than craft beer, so a great opportunity for two birds, one stone. With this genius idea in mind, here are some other potential fault rebrands that I have run through the marketing department.

Why bother with cleaning beer lines down at the brewpub to avoid having those little white flecks of beer stone dancing around in your glass? How about trying a delicious snow-globe beer? Who doesn’t love recreating the iconic snow-globe scene from Citizen Kane down at the pub? Well now you can, better than ever! Rosebud…

With an increased popularity in hopped cider, surely brewers can’t let cidermakers have all the fun?  What is better than a hopped cider? Why, a green-apple lager of course!

Not exactly sure how to rebrand this one, but Heineken have been doing it for years and they seem pretty successful so maybe they are onto something?

When I had a newborn, one thing my partner very much hated was waking up to find me with my baby watching tv and stinking of beer. Boy, do I wish I could have just drunk beer that smelled like baby vomit so I could continue with the incognito beers and still look helpful. Huge new parent potential.

Didn’t get a good boil for your wort? It’s a deconstructed beer, like at a fancy restaurant where all the ingredients are separated for some undiscernible reason. Now you have a sophisticated, up-market beer!

You know what is cool right now? Composting and saving the planet. Let’s greenwash this fault, make it pro-planet, and continue the great tradition of reducing left-wing movements to advertising slogans for the benefit of free-market capitalism.

Fruity is how every person at a squash club or golf course in New Zealand describes craft beer. I think it means good already.

Beer gone sour? Meant to do it, everyone loves sours. DMS making your lager taste like sweetcorn? Pair it with some BBQ meats and some cornbread – delightful! Maybe nothing is a fault if it is meant to be there? Phenols, acetones, sulfury, catty?  Why not ‘smoky’, ‘alcoholic pears’, ‘thermal’, ‘420-friendly’? The list goes on and we can find positives for all of them.

The point is that we need to get ahead of this now, before beer drinkers’ cotton on – and they are getting better and better every day. Sooner or later, one of these homebrewers who tells me about a fault is actually going to be right, and then we could be in trouble. Come on beer industry, let’s get out ahead of this and rebrand faults! Normalize DMS, celebrate diacetyl, huge election style billboards for phenols, before it’s too late!

Cameron Burgess has been head brewer and co-owner of Southpaw Brewing Company in Christchurch for four years. He has been working in the brewing industry for 10 years, both in New Zealand and Canada. He is stuck talking about beer because it is the only thing he knows how to make.

“I have to be brave, otherwise nothing will change”