Beyond the Beer: Conversations about Diversity

A conversation has started in New Zealand about inclusion and diversity within the beer industry, sparked by a global #MeToo movement. Denise Garland spoke to two prominent women in the sector, Brewers Guild Executive Director, Sabrina Kunz, and the Chair of Pink Boots NZ, Nicola Kay, who are helping to lead that discussion and encourage change.

New Zealand’s beer industry is taking a hard look at itself, after the lack of diversity, inclusivity and understanding was publicly highlighted in recent months.

Like many Western countries around the  world, New Zealand’s brewing sector is dominated by white males. While gains have been made with regards to the inclusion of more women in the industry, it certainly is not a fair playing field yet, and the lack of non-pākeha people is starkly different to the make-up of the country’s cultural melting pot of a population.

The dearth of ethnic diversity in the sector was made clear in May when the owner and brewer of Eagle Brewing in Kaiapoi posted a racist comment in response to a news item on social media. The subsequent fallout, which included several failed attempts at an apology, resulted in the resignation of the owner, the passing of his shares to his wife, and gave the brewery little choice but to rebrand.

That same week, United States brewer Brienne Allan sparked a #MeToo movement in beer when, after sharing her frustration at a sexist remark she’d received while on the job, she asked “what sexist comments have you experienced?” on her Instagram account. It went viral, with hundreds of people sharing their stories of sexism, bullying, harassment, and even assault. And it’s gone global: reaching as far as Aotearoa.

The Brewers Guild of New Zealand and local Pink Boots Society have joined together to collaborate on how to ensure a safe and inclusive brewing industry here. The Guild’s executive director, Sabrina Kunz, says it is important this movement of change comes from all parts of the country’s beer sector.

“We want to make sure that whilst women should be leading the conversation on what’s happened, that women aren’t forced to own the solutions,” she says.

“Our immediate goal is to keep the conversation going and acknowledge the experiences of women. We’ve got to listen to what we’re hearing. So if we just jump straight into a whole range of solutions, they’re probably not the right ones because we haven’t heard all the information yet. 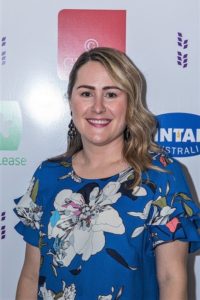 “But equally, we have to be honest about the fact that neither Pink Boots nor the Brewers Guild have extensive resources; we have no more capacity and no more money. So we have to utilise what we’re already good at.”

As a start, the Brewers Guild has started a web page which provides resources for women and businesses wanting to speak up and get help, and offers a plan of what the next steps are in order to work towards a more inclusive and diverse industry.

On top of that, a subcommittee supported by New Zealand’s Pink Boots Society has started an instagram account to create a safe space for people to anonymously share their experiences of sexism, bullying, and gender or race-based harm in Aotearoa’s beer industry.

The Pink Boots’ Chair, Nicola Kay, says the Society’s mission is to empower and advance the careers of those who identify as women in the industry through education. She says while advocacy is not a core part of the organisation’s purpose, this movement is something the Society is actively supporting.

“The first step is just building awareness – you can’t really fix a problem until you really understand it,” Kay says.

“Some of our committee [members] decided that they really wanted to step into that space. They’ve set up an Instagram account to start that conversation on what is the change people want to see … and also to give people a place to share their stories, if that’s what they want to do.” 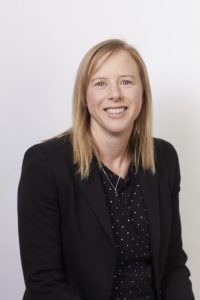 And people are sharing their stories on that platform.

One woman said in almost every beer business she’s worked in, she has either been bullied or witnessed other female staff be bullied by men in positions of power.

Another said she’d been turned down for a job as a brewer as the company was worried she wouldn’t be strong enough for the role.

And several women have shared that they’ve been sexually assaulted – with some still having to still regularly see their abusers – but are too fearful to speak out.

Kay says many people within the industry are focused on how far the industry has already come, without recognising what work there is still to do.

“Early in my career, [I had] to have a male bathroom turned into a female bathroom so that I could go to the toilet without having to run across the entire site. I’m proud of the change that has already happened, but there is still work to do.”

Kay says it’s not just about women, and everyone can learn from each other to build understanding.

“It’s pretty obvious that the industry doesn’t reflect society. Gender is probably the most obvious one – we definitely don’t have half of the brewing industry as female and if you think of a typical brewer, they probably don’t look like me.

Kunz says New Zealand’s beer industry is full of small businesses with limited funds. She says while the Guild itself is small, it is working to provide resources to members that will enable them to act as responsible employers.

The Guild launched a Health, Safety & Wellbeing Survey at the start of July in a bid to truly understand health and safety practices in the industry, as well as the challenges faced by those working in the sector – including around mental health and harassment.

“And so that’s why I think [business maturity] has to be part of the things that we’re doing; helping businesses to think strategically, doing things more professionally – all of it works towards being a more mature industry. And with more maturity will come some of the changes that we’re talking about.

“We are heartened by the support our members are showing to create a more inclusive workplaces and industries.

“My ultimate goal is to have the people who work in the brewing industry look like the society we live in. You cannot tell me that there are 28.8 percent of non-European people working in the New Zealand beer industry. You can’t tell me that we have 6.8 percent of non-heterosexual people working in the brewing industry. Our brewing industry does not look like our society looks. And so that’s what our goal should be because that, at a minimum, means that some of these issues [can be addressed].”

The Brewers Guild says it is actively collaborating with beer and hospitality organisations in order to work towards creating a tangible plan that will ensure meaningful change in the industry.

You can find out more at: https://www.brewersguild.org.nz/diversity-in-brewing/

Lakeman brewery has put aside the idea of a farm-based taproom and opened a waterfront pub in Taupō, called Jimmy Coops — named for brewery owner James Cooper.
Read More