DB will no longer have a craft beer bar presence in Wellington from this summer, with the brewing giant deciding to close its Tuatara brewpub, The Third Eye, at the end of November.

The bar, also known as Tuatara’s Temple of Taste, has been a hub of small batch beers and live music in the capital since 2015 when it opened on Arthur Street, just around the corner from Wellington’s well-trodden upper Cuba Street.

A staff member says they were told DB made the decision as the lease was up for renewal. But a DB spokesperson says the main reason for the closure was that they wanted to shift the pilot brewery.

“The closure of The Third Eye venue is to better streamline this part of our business as it allows us to move the pilot brewery currently housed [there] to Tuatara Brewery, where it can be better utilised for developing exciting new brews for Tuatara, and also simply because our lease for this site was expiring.”

They say the closure won’t impact their patrons, suggesting it’ll even be in their best interests.

“Wellington-based customers who were getting Tuatara brews from The Third Eye will be serviced direct from Tuatara Brewery in Kapiti instead – in fact, the move should benefit them as having our pilot brewery located in the main Tuatara Brewery will enable faster and easier scaling of new brews in the larger Tuatara Brewery.”

The closure follows that of DB’s Black Dog Brew Co. brewpub back in June. It was situated just around the corner from The Third Eye.

At that time, a DB spokesperson said it had made the decision to close Black Dog as it had been experiencing ongoing challenges for about two years, and despite efforts to improve its viability, Covid-19 expedited its closure.

At the time, they said The Third Eye would be reopening on Friday 26 June. Which it did. But just five months later, the brewery has decided to shut that bar’s doors too.

The decision means DB will now have no specialty craft beer bar in Wellington, which is also known as Aotearoa’s Craft Beer Capital. 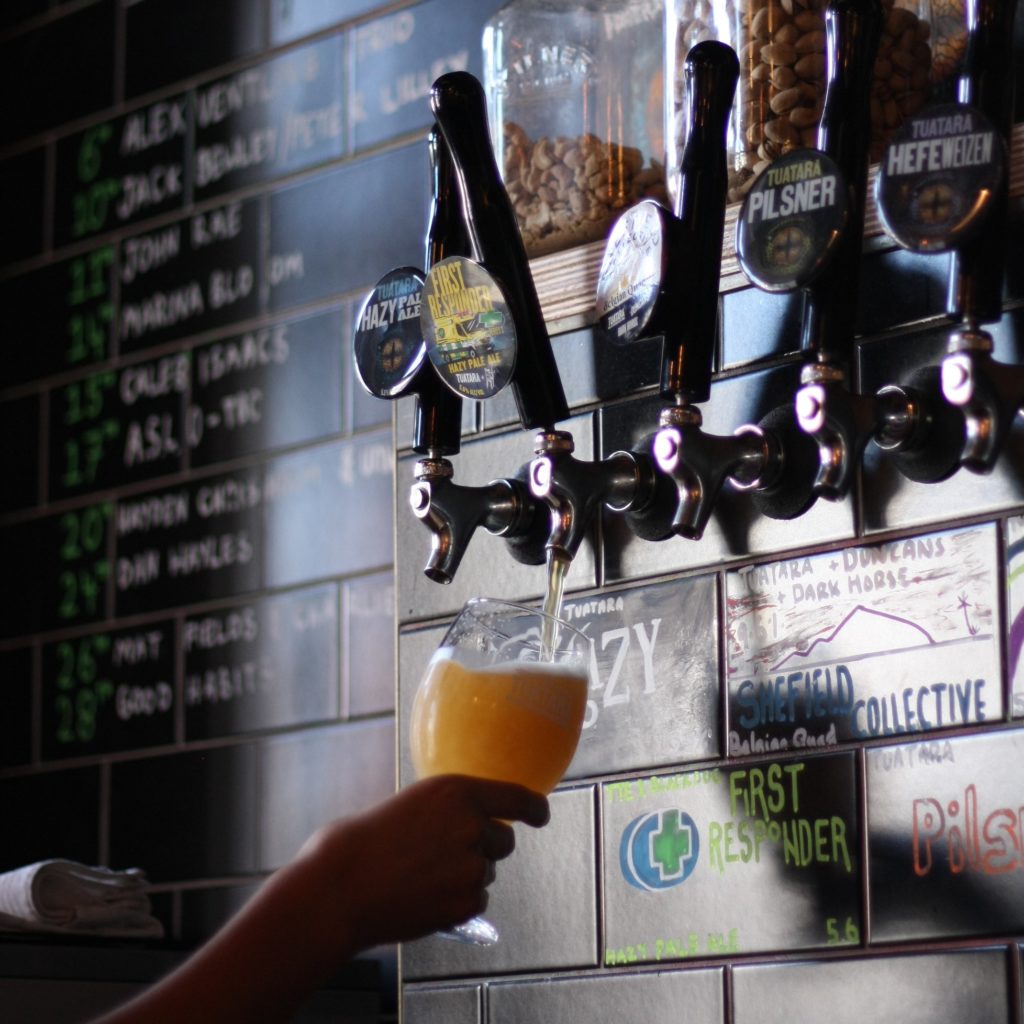 A former DB employee, Hamish Bowker, who worked at Black Dog as a brewhand and bartender, says the brewing giant has made the call to de-prioritise craft beer in general.

He said when he was let go from Black Dog, they mentioned “reprioritising some sections of the business”.

“As far as I’m aware, there was a changing of seats way further up the food chain with DB and a previous manager that was there … sort of saw it as an opportunity that while they may be running at a loss, they at least had a solid foothold in the Wellington beer scene,” Bowker said.

“But there was a changing of the guard and then the new guy was just focused on numbers and we weren’t performing … to his expectations as a business.”

“DB remains committed to its craft portfolio, led by Monteith’s and Tuatara, both in Wellington and throughout New Zealand. It is an important part of our business, and one that we continue to invest in,” the spokesperson says.

“Commercial viability is obviously important, but this wasn’t the driving force behind the decision [to close The Third Eye]. Operating our own brew pubs and craft beer bars has never been our core business, and we remain committed to producing and distributing excellent craft beers across the Monteith’s, Tuatara, Black Dog and Lagunitas range.”

Tuatara’s The Third Eye will close on Sunday, November 29th.

Return of the Craft Beer geeks

Can design awards come to NZ