Deep Creek are going where other breweries in New Zealand has so far feared to tread: a range of beers with fruit added after fermentation.

In other parts of the world this style is better known (jokingly, I add) as the “exploding can” series.

“I was going to say that these types of beers have made a big bang around the world,” says Deep Creek head brewer Hamish Ward.

Ward believes the fact the cans are pasteurised should ensure there’s no danger of any cans bursting open under pressure caused by the fruit fermenting.

“Pasteurisation  adds stability,” Ward says. “As far as I’m aware the problems overseas have come when breweries have relied on customers to maintain unpasteurised products in cold conditions — and even in cold conditions these are inherently unstable.”

Ward says pasteurisation is no guarantee either, but he believes the risk of an explosion is minimal.

Ward is delighted with the final product, noting the range has “a lot more fruit expression and character than a typical fruited sour”.

The three beers are a berry; pineapple lime and raspberry; and mango passionfruit. The first two are 4.5 per cent ABV and the mango-passionfruit is 5 per cent.

The initial release of what what Ward calls a beer-fruit juice hybrid, was scooped up quickly and a rebrew was released in November, with many on pre-order.

With the Deep Creek the first brewery to jump on a trend that’s been popular around the world for some time, the natural question is: why did it take so long for a Kiwi brewery to go down this path.

“We’ve been thinking about this range since before Covid and I’m not sure why we took so long to do it — in the end we only did it because one of our export customers came to us asking for this. That gave us the kick up the butt to get going.”

Ward understands there will be purists who will decry the arrival of this style to New Zealand but says the market Deep Creek are trying to tap into are not purists, but those people who “may not think of beer as their first choice of drink”.

In keeping with that they’ve also taken a different marketing route targeting a younger audience – with an Instagram “live” launch and getting the beer in the hands of social media influencers.

Ward says the new beers won’t mean the end of their Tiki series of fruited sours, noting that the award-winning Aloha passionfruit and guava sour is now part of their core range.

So what’s the verdict? 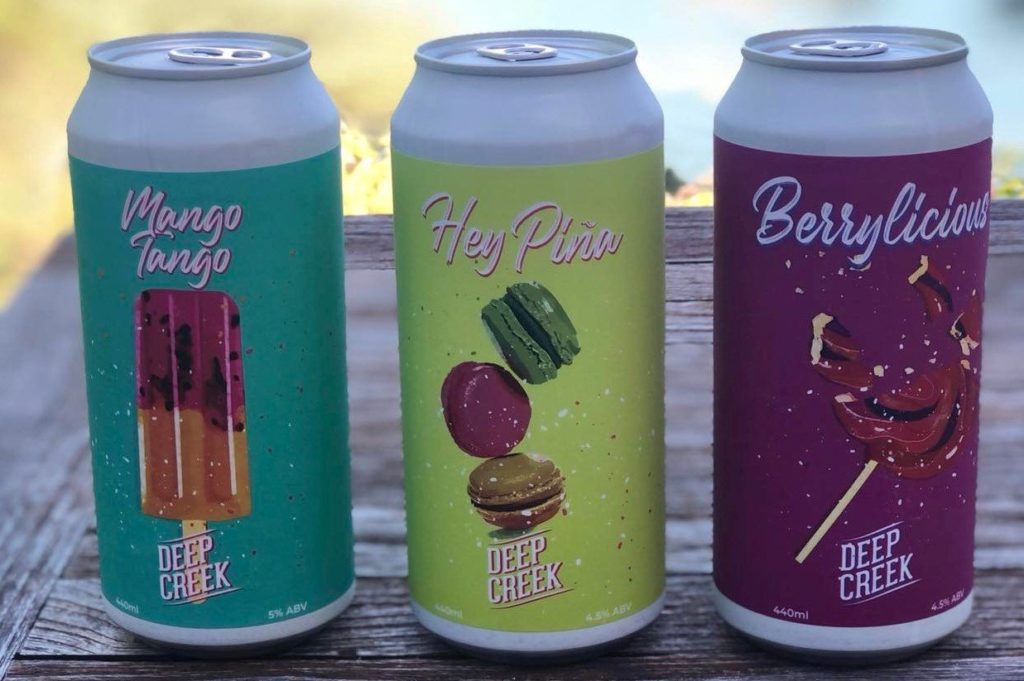 This reminded straight away of Duncan’s Raspberry Ripple. And this is a good thing. It’s a lush hit of yummy berries but with a definite beer-tone underlying the fruit. It finishes surprisingly dry and tart.

It took me a while to warm to this one because I was struggling to get the pineapple. Once I’d accepted the fact that, for me, the lime dominated, I was good with it. It’s like a jazzed up lime soda and was super refreshing.

My favourite of the trio. The flavour is huge passionfruit and mango. It reminded me of fancy fruit juices you might find at a 5-star hotel breakfast buffet. Dense, almost pulpy mouthfeel, and great depth. It was hard to find the beer underneath the juice but that didn’t matter, because it was so much fun.

Overall, while these are in little danger of  exploding, they are dangerously drinkable.