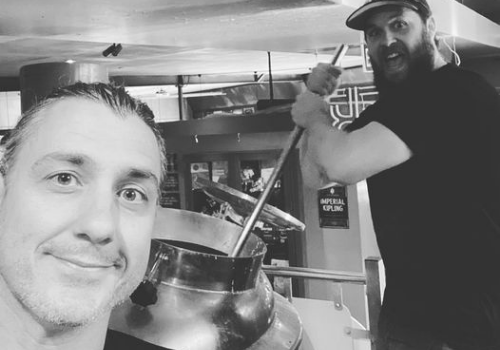 It’s the end of an era at one of Wellington’s best-loved brewpubs with head brewer Kelly Ryan walking out the door at Bond St and heading for Brewtown in Upper Hutt.

Ryan, after six years at the upstairs brewery, will take over as brewery manager at Boneface Brewing in Upper Hutt.

He’s looking forward to working in a brewery team again after largely being a one-man band at Fork & Brewer.

“I’ve loved my time at Fork & Brewer,” Ryan told hoppiness.co.nz, “but I feel I have done the brew pub thing now and I also missed working alongside other people, because it was very autonomous at Fork & Brewer.

“It wasn’t lonely as such because there were all the staff there and we were all good friends, and Jack the barman would help me out in the brewery as well.”

But largely, it was Ryan on his own, working long hours in a small space to keep Fork’s 42 taps constantly full.

“I’ve literally put a seventh of my life into Fork & Brewer … I really gave that job everything I had to be honest, particularly in terms of time. It’s not an easy brewery in which to pump out 40-odd beers and keep the taps filled.

“I probably overdid it at times and didn’t want to let go, which is one of the problems when you’re striving for perfection in every brew – it’s hard to take time off.”

The job at Boneface is a chance to work with his good friend Matt Dainty, Boneface owner-brewer.

The pair were chatting earlier this year and when Ryan said he was ready for a career change, Dainty replied: “I’ve got a role.”

“Boneface definitely has room to grow, and to grow Matt needs someone in to help in the brewery,” Ryan said.

“I’m excited to work with him because of his sheer determination and energy that never seems to wane. The bar and restaurant site there is hugely busy and he manages that on top of managing the production brewery, and sometimes he’s in the restaurant as well. And he still finds time to build buses with pizza ovens in them. 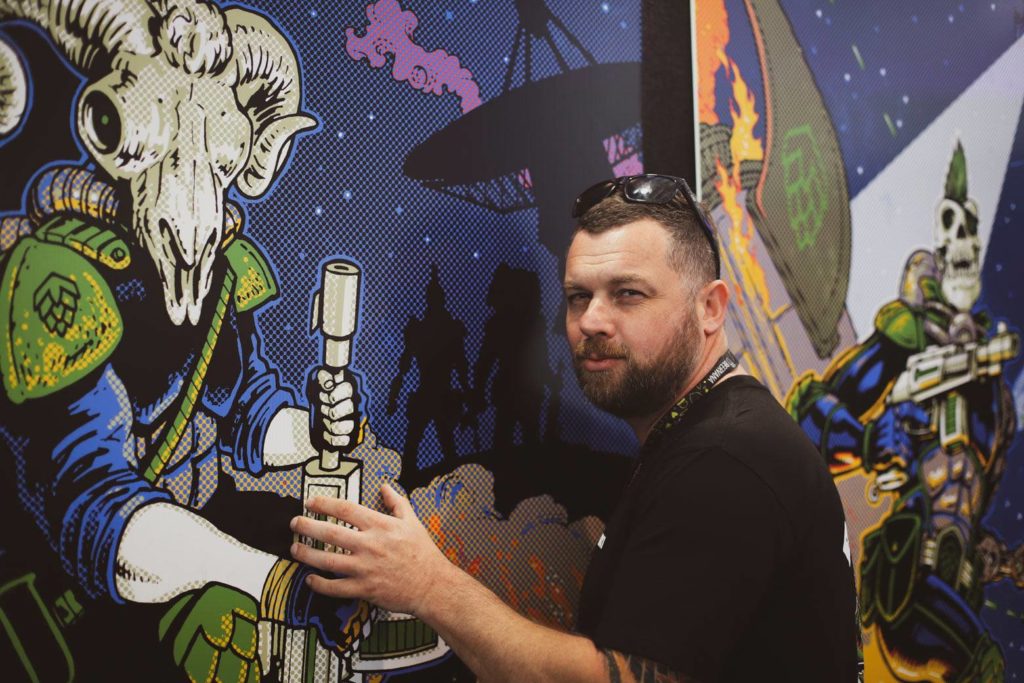 Matt Dainty is the driving force behind Boneface.

“He’s committed himself with so much conviction – and they never miss a beat: the beers are solid, the food is spectacular and he’s involved in charitable organisations in the local area. He understands value of the community out there and wants to focus more on that and to do that he needs to have time.”

Ryan is looking forward to getting back into the management side of things, which he used to do at Thornbridge in England, before coming back to New Zealand, where he had stints at Epic, Good George and then Fork.

At Fork his skill was reflected in the brewery winning Champion Small Brewery two years in a row at the Brewer’s Guild Awards in 2018 and 2019 (there were no awards last year because of Covid-19).

“It’s really exciting to be going back to management and having a team. It’s a young brew team and they are keen to learn so I’m looking forward to passing on what I’ve learned in 20 years since I started at Tui. I’ve picked up plenty of things that are not in books.”

Fans of Ryan’s eclectic beers will be happy to know he will work with Dainty on some recipe development.

“Right now, I’m happy to be a bit more in background … to help the team and give them the tools they need; and Matt loves the recipe side of things. But we’ve already got some plans for the first quarter that have a Kelly Ryan touch.

“I’ll move my own small pilot kit from Fork and I’ll be able to tinker with things to go on in the taproom.

“It’s going to be great be working with a good friend. We share so many similar interests – the only difference between is that I have slightly fewer tattoos than Matt.”

Brayden Rawlinson has taken over Fork & Brewer after a stint at Choice Bros. He formerly worked at Tuatara and has his own brand Nine Barnyard Owls.

“He’s young and enthusiastic and brimming with ideas which is just what Fork needed.”

Adventure sports, the great outdoors and craft beer. It's a winning combination from Colorado to Canada, and across the Tasman in Bright and Mt Buller in Victoria's High Country. And while New Zealand's borders remain closed, Queenstown's exciting beer scene is...
Read More

Summer is the best time for beer mixes and beer cocktails. Beer and soft drink mixes with the addition of spirits and/or fruit flavours suit the hotter days. Serve them in jugs with ice and they are a great drink with which to hang out or get a party started. Bung in...
Read More

Christmas is always such a fun time for me. Once December first rolls around I’m helping Mariah Carey get back in to the charts by belting “All I Want For Christmas Is You” on repeat and at the top of my lungs as I walk to work. I’m always proactive with my Christmas...
Read More

Every now and then I give my body (the liver in particular) a break by going off the alcohol for a couple of weeks or so. I usually undergo this cleansing exercise after a holiday – a time where I do not necessarily drink excessively, but I have a beer or two almost...
Read More

One of New Zealand’s longest-running craft beers was “retired” this year, only to be given a second lease on life thanks to the local community. Emerson’s 1812 is as old as the craft beer movement in New Zealand, dating back almost three decades to when Emerson’s was...
Read More

Seltzer Wave about to break

Māori is a culture, not a beer style