From Peters to Colins: A Life In Beer 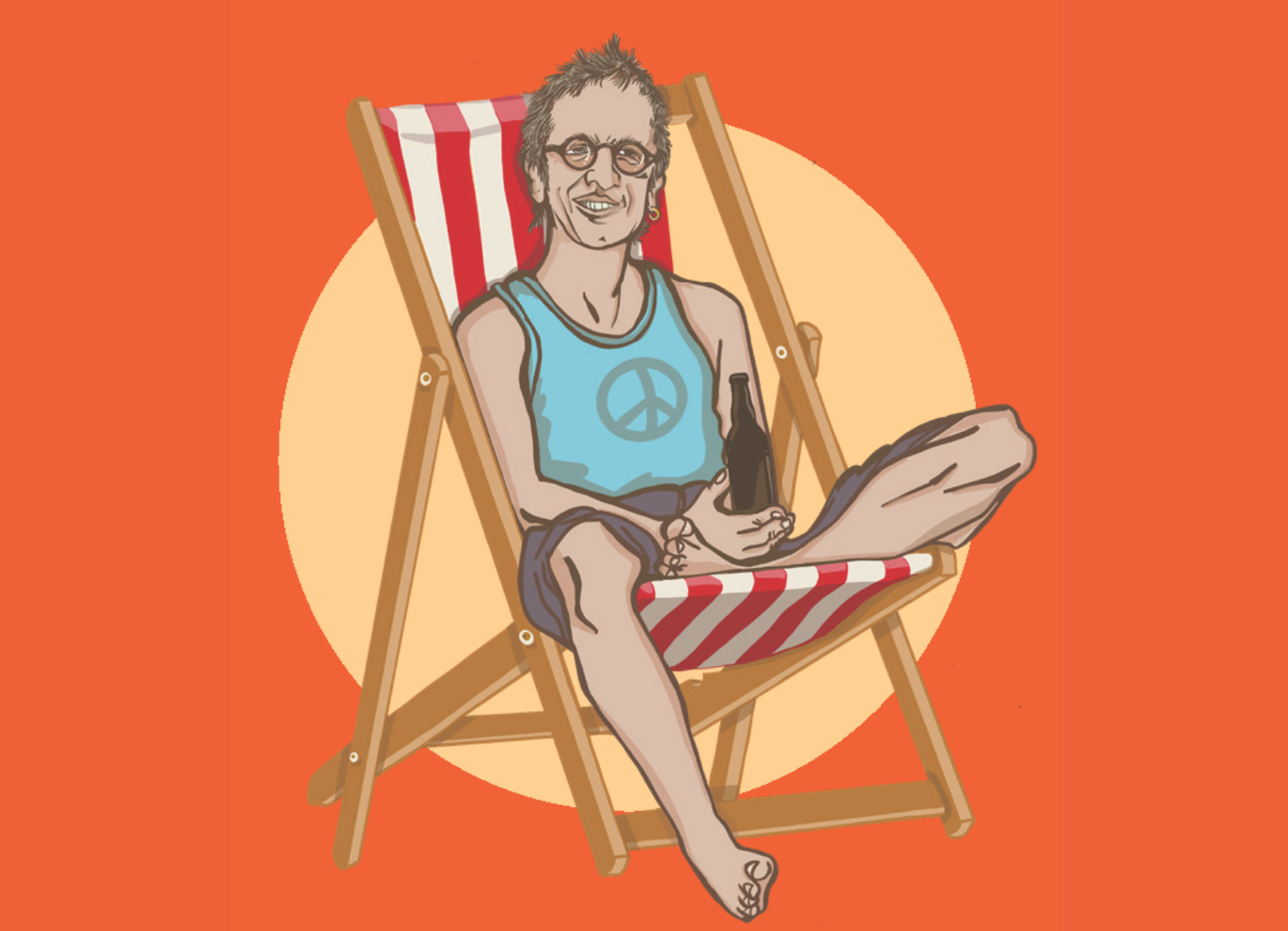 Legendary Kiwi journalist Colin Hogg takes a journey from the lazy days of flagons in the Central Otago sun to the hazy days psychedelic cans.

My earliest beery memories are auditory rather than taste-based. They are from long ago and of the summer sound of corks popping from the wide-necked half-gallon flagons that were called “peters” in the far south of New Zealand where I grew up.

It was the Alexandra Camping Ground in, perhaps, 1960, when I was just turned 10 and, from what I could observe, men liked nothing better on their sun-baked Christmas holidays than to sit about in semi-circles in deck chairs and work their way slowly through an unending supply of beer.

It would have been Speights they were drinking in those days, but no-one knew better and, anyway, there wasn’t a lot of choice. Quantity not quality was the rule then and you really had to put away quite a quantity of Speights draught to be anything like the worse for wear, though you might feel a little waterlogged.

I don’t remember Dad and the other dads ever being drunk, though I don’t really remember them moving much at all for two weeks, except for leaning forward occasionally to pop another cork from another peter, which had been kept cool wrapped in damp sacking with lots of others in the shade of a nearby tree.

I was allowed the occasional sip, though I wasn’t much taken with the flat bitter brown stuff, my favoured tipple of the time being a raspberry and lemonade.

Fast forward just a handful of years and my pals and I had changed our minds about beer. We’d labour in freshly-turned Southland fields picking potatoes to raise the funds to buy a dozen big bottles for Saturday night. Though we never got the full dozen all to ourselves. My mate’s big brother, who’d buy the beer for us, took a tax of two bottles and he was far too tough to argue with.

By the time I was old enough to go into bars, the choice of beer on offer had grown, but not by much. All of it was pretty awful and not, I decided, the sort of thing a sophisticated young chap about town (Invercargill) wanted to be seen supping. Beer was for old blokes with large waistlines.

Beer entered my life again in the mid-1970s when I moved to the UK and lived in and around London for three years. I fell in love with English pubs and their weird warm beers. At the time there was a national campaign to save old-style British ales from defeat at the bar by the icy, flavour-free lagers and pilsners the Brits were increasingly drinking.

I did my bit for the old ways, drinking many odd, interesting and occasionally awful English ales, pale, dark and several shades in-between. What they called “real beer” in England then was a part of their culture – the roots, really, of what has come to be called craft beer today.

But decent beer was still far away when I landed back in New Zealand in the late ’70s. Beer was as boring as ever, except now there were some boring lagers available too, notably Steinlager, which we all took to like fools at an oasis. But after a bit I switched away from beer until something with a bit of flavour came along, which I never really thought it would, though there were occasional signs.

Like late one afternoon in a central Auckland bar called the Occidental when I was witness to what I’d come to realise was an historic beer moment. There’d been a strike at one of the big breweries and the pub – frequented mainly by journalists like me and various other lowlifes – was temporarily all out of its regular suds.

But Don, the manager, said not to panic because they had something to fall back on, another beer that had been sitting in the basement for a bit. Something slightly new. It was called Mac’s, made by a small brewery that had just started up, down Nelson way and it had a bit of flavour. So everyone started drinking that and some never went back to the mass-produced big-brewery option when they returned.

By the late-1980s, I’d switched newspapers, from the Auckland Star to the NZ Herald – and if you switched papers, naturally you switched pubs. The Herald pub then was the Shakespeare Tavern up in Albert Street where, in 1986, I noticed another blow against bland beer when the pub started brewing its own, which was rather crafty of them.

I found myself drifting back to beer as the 21st century took its first gasps, though it wasn’t a New Zealand beer that captured my tastebuds. I was visiting Australia regularly and it was over there that I fell for the bitter charms of local new-age pale ales with crazy names like Little Creatures and Fat Yak.

I felt treacherous, but they tasted better than anything back home, I thought, though, as things turned out, they didn’t for long. Within a few years, things in Kiwi beer world seemed to be changing fast. Also, I got lucky. Twice as it turned out. First, by moving to Wellington for nearly seven years.

And though that was a challenging move at first after spending most of my life in Auckland, living there swiftly became akin to having a top table in heaven as the craft beer scene exploded around me. There was a point where new brew-bars seemed to be opening every week.

And not only did these new local beers bravely push the taste boundaries, they were fun, with wacky names, psychedelic labels and goofy cover notes. You could stay for hours in some of those Wellington bars and never drink the same beer twice.

It was hard to find a favourite, but I developed a soft spot for Parrotdog who seemed as keen on the hazy styles as I was, after a trip to America. Parrotdog also had a sweet habit of naming new beers after people they knew. And it turned out they knew someone called Colin, though he wasn’t hazy. 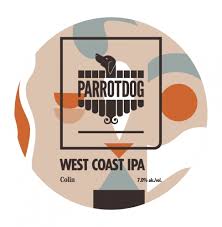 Then my second lucky bit of beer happenstance involved that trip to America, where I was conducting some deep research for a book I was writing. The book was called The High Road and its intention was to take a tourist-eye view of the legal cannabis scene in a handful of turned-on American states ahead of New Zealand’s own referendum on the matter.

It turned out that my chosen turned-on states – California, Oregon, Washington, Colorado – were also pretty keen on craft beer, style leaders in fact. Colorado, just for an instance, has more micro-breweries per square whatever than anywhere on earth.

My fears of having to cope with watery American beers were allayed the moment I walked into my first bar. The sportiest sports bars, the upscaliest of hotel house bars and the dumpiest of dive bars all proudly displayed choices of craft beers on tap, often local brews, usually delicious.

It was in Denver that I discovered sours and in San Francisco I had my first taste of what they were calling “unfiltered” pale ale. “This is it,” I shouted to a bar full of strangers when I tasted that one. I’d found my holy grail in liquid form and I’ve never lost my powerful feelings for the stuff we now know as hazy.

It’s the point, possibly, where beer comes closest to cannabis, given that hops are distant relatives of the weed. I suspect that hazy pale ales have untapped medicinal qualities, though they are better on tap, of course.

The only cloud on my hazy beer horizon in recent times was a move back to Auckland last year. Next to beer-mad Wellington, Auckland always seemed a bit of a slow starter. In Wellington, like those American states, having some interesting craft options on tap, seemed the rule for any self-respecting beer joint.

Here in Auckland at my new local there’s Steinlager Pure and Peroni on tap and there’s still too much of that going on around town from what I’ve seen, though there are honourable exceptions. Like my local supermarket which stocks an adventurous range of crafts.

Thanks to them, I’ve been able to continue my retail relationship with Parrotdog and, thanks to that hopped-up supermarket, I’ve embarked on new hazy love affairs with the likes of Behemoth, committed hazemasters of Mt Eden.

Colin Hogg is a legendary figure of New Zealand media who has worked as a journalist and television producer. His most recent book was Going South, a kind of travel memoir, about a roadtrip trip with his friend Gordon McBride, who later died, in 2016. Colin was born in Invercargill in 1950.

Where the Wild Beers are