The past year has weighed heavily on Yeastie Boys founders For Stu McKinlay and Sam Possenniskie but the burden is about to lift with the decision to sell a 12.5 per cent of their business to KBE Drinks.

KBE Drinks is a sales, marketing and distribution company that was set up in the UK primarily to sell Indian brand Kingfisher but now has an global range of beer and cider in its portfolio.

The decision to sell a stake to KBE was supported by 90 per cent of shareholders at a special general meeting in mid-June. Shareholders who opposed the deal are able to cash out their shares at a value of 86c per $1 share.

McKinlay said the business had been looking for an investor for some time after deciding not to do a third round of crowd-funding to raise capital.

And the deal with KBE comes at just the right time after a combination of a global pandemic and the loss of a major deal with supermarket Tesco severely hit their revenue.

To trade their way back to profitability they need investment in sales and marketing but felt they couldn’t go the crowdfunding well again – having raised $500,000 in 2014 and $2.3m in 2019. 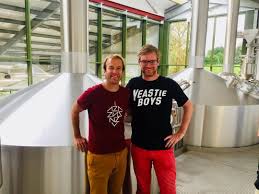 “We’ve been looking into various ways to fund future growth over the last few years, without constantly moving the focus of management and the board away from running the business. It had become clear to us that the best approach would be finding a business in the brewing/distribution sector that had sufficient cash for cash flow requirements, access to capital for future funding rounds, and who needed to fill a craft beer gap in their portfolio,” Yeastie Boys said in the proposal to shareholders.

“We’ve talked to a few big names in the beer world, even getting into fairly advanced talks with one, but the fit has never felt quite right until we were approached by KBE Drinks.”

“With brand revenue at £617k for the just completed 2020/21 financial year, this represents a 3.2x valuation multiple on revenue.”

McKinlay said the drop in valuation was not entirely due to the pandemic. “It cannot be used to explain away recent revenue challenges and be considered a one-off event that the business will automatically bounce back from.”

The key factor in declining revenue was losing a Tesco listing in April last year, which took a chunk out of their revenue. McKinlay said bigger supermarkets increasingly wanted to deal with single suppliers rather than a bunch of smaller craft breweries. “Without a partner of this nature [KBE] opportunities for a business such as ours are limited.”

They said the board regarded the valuation as fair given the current state of the UK and European markets following the Covid-19 pandemic and the resulting crash in on-premise sales. “The board acknowledges that this represents a significant discount on previous valuations at a share price of just NZ $0.86 per share, however it believes it fairly reflects other recent market valuations and opportunities for Yeastie Boys without this investment partnership.”

More simply, McKinlay said the market for buying craft breweries had plunged after a series of high-profile sales in UK such as Beavertown, Magic Rock, Fourpure, Fuller’s and Camden Town. “The market has changed completely, and we’ve seen reduced valuation multiples. I think we’ll see fire sales in the future.”

“None of these groups would have paid more. The current valuation reflects the market and is not influenced directly by the pandemic.”

However, the growth forecasts laid out under the KBE deal would see Yeastie Boys’ valuation increase to £15m within four years for a share value of $NZ4.67.

McKinlay said the shareholder to do the deal – which will be signed off in coming weeks – “takes a huge weight off” and will bring the business long-term stability. “It de-risks the business in terms of reliance on Sam and I as founders.”

One of the potential buyers of a stake in Yeastie Boys was Scottish giant Brew Dog – where Yeastie Boys brewed when they first moved to the UK.  Given the huge negative publicity around Brew Dog for their “toxic” work environment and culture of fear McKinlay said they’d dodged a bullet when that deal didn’t go through after progressing quite a long a way.

He said KBE was just the right size for Yeastie Boys. “They are big enough to bring that corporate savvy and have access to mature routes to market across traditional channels but are small enough for us to have sit down with their CEO and senior management team.”

McKinlay said having strong marketing, sales and distribution support meant he could concentrate on the beer and brand rather than spreading himself too thin, which has done in the past few years where he’s been on brewer, board member, HR and sales.

Yeastie Boys previously worked with KBE in 2019 on a licencing deal for the manufacture, sales and distribution of Kome Biru — a joint venture Japanese Rice Beer. AS KBE looked to add craft beer to their relatively conservative line-up, they turned to Yeastie Boys. 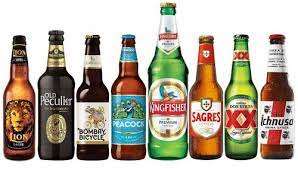 KBE also has an established relationship with Cameron’s Brewing — UK-based contract brewing company that works with the likes of Heineken and Carlsberg. Yeastie Boys hope to use Cameron’s for some large batch brews in the future but will continue to use current partner Utopian for smaller-batch brews.

Among the assets that KBE could bring included:

McKinlay acknowledged that Yeastie Boys’ profile had slipped a little in New Zealand but hoped that would change. The beers continue to be brewed under licence at Urbanaut but as that brewery has grown, Yeastie Boys has struggle to find tank space it needed and Urbanaut struggled to sell on their behalf. McKinlay said bringing in their own sales rep was a possibility after they’d previously disestablished the position in New Zealand. “They’ve seen us through a difficult time when we couldn’t concentrate on New Zealand as much as we wanted to.”

McKinlay says the deal with KBE takes a lot of pressure off himself and co-founder Sam Possenniskie.

“It’s taken a weight off us,” McKinlay said, adding that he had often been spread too thin working in an HR role, brewing, sales as well as being on the board.

Māori is a culture, not a beer style

Fighting for change, one beer at a time