It’s Yeast Captain But Not As We Know It 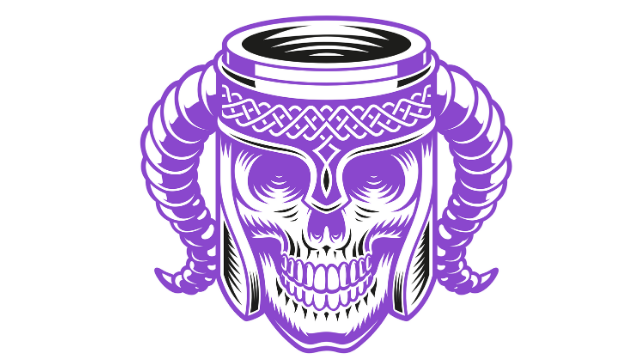 Neil Vowles, brewer at the Coromandel Brewing Co, explains why his brewery uses only Kveik yeast.

It’s common to be asking what hops or even malt a beer is brewed with and yet we rarely hear questions about the yeast used.

Whatever the yeast it is generally assumed to have been chosen for its suitability for the style of beer in question but rarely discussed over a cold one at the bar. When the original Bavarian beer laws were made yeast wasn’t included — just malt, hops and water. The yeast was thought to be a “contaminent” that had to be continually removed! How little was understood until the men at Carlsberg first isolated pure yeast.

Yeast is the engine in the production of our beer and its viability and management is critical to producing top quality ales and lagers.

Norwegian Kveik yeasts were brought out onto the world stage by Lars Garshol — a software engineer and enthusiastic beer drinker. The yeast was in danger of dying out in its own back yard. In giving the yeast away to the world, he has hopefully saved its future.

No one knows exactly how long ago kveik (it’s pronounced “kvike,” not “kveek”) rose out of the glacier-scoured valleys much like the landscape of our own Fjordland. But we do know that Norwegians have been brewing since misty prehistory, and that, to no one’s surprise, Vikings had a taste for beer. Historically, brewing only occurred a few times per year, as the region’s bare, rocky turf didn’t yield much grain, which meant beer was reserved for special occasions.

This new but ancient yeast dates back at least the 15th century and maintained by a geographically-isolated farmhouse brewing tradition.

In the early 2010s, even if you were a Norwegian beer enthusiast like Garshol, you probably hadn’t heard of Kveik, and you wouldn’t have known that Norway’s remote, oceanic west fostered one of Europe’s last-remaining, uninterrupted pockets of farmhouse brewing. One that had somehow escaped the ravages of modern industry. But a vague recollection of his grandfather’s homemade beers had floated to the top of Garshol’s mind, and an off-hand comment his uncle made, about local brewers, was cause enough to book a trip. This trip surprised and shocked him changing his life and setting him on a course of discovery that he has now brought to a wider audience.

DNA and genonome sequencing (a term we have become surprisingly familiar with of late!) has shown that modern ale brewing with Saccharomyces cerevisiae uses one of just two yeast groups. Kveik yeasts have just half of their DNA from ale group one and the other half is of unknown origin. Its years of isolated development in parallel to ‘modern’ industrial yeasts has produced a very different organism.

What is so different about it? It ferments at very high temperatures that would either kill other yeast or produce a phenolic (clove/medicinal) bomb. This means a homebrewer needs no temperature control in hot weather and lower power consumption in a brewery. It can survive incredibly long periods as a dried yeast. It ferments incredibly quickly and has a very high alcohol tolerance.

The high alcohol tolerance comes from the way it was used. In the traditions from which it developed if you wanted to honour your guests you would serve high strength beer — it would be seen as an insult to serve a low strength beer to a guest — so beware Norwegian’s offering you low alcohol beer!

At our small brewery in Hahei we experimented with these yeasts over the course of 18 months and many small trial brews. It is quite disconcerting at first to put your hand on a fermenter and for it to be warm to touch.  Also surprising can be to find that while you’re still cleaning the brewery on brewday that the wort you transferred just 30 minutes ago is already bubbling away.

So why should you want to drink Kveik fermented beer? I can’t categorically state that the beer is better tasting than all of the many other yeast strain choices though the clean tropical, stonefruit and pineapple notes we get from our chosen strain has been excellent. What you will be doing however is to help preserve a great historical tradition and encourage diversity.

The most difficult thing might be finding out what yeast your beer has been brewed with. We know that many breweries have used or tried it though possibly only a few such as Volstead and Mean Doses use it regularly. We have been so impressed with it that we have changed our house yeast to it.

If you can’t find Kveik brewed beers locally then why not come to The Pour House in Hahei on the Coromandel where we serve our Coromandel Brewing Company beers and you can ‘Drink like a Viking’ — preferably without the pillaging! See you soon.

The secret to saison success

Beer Jim, But not as we know it