Lauren Yap, Field Support & Quality Assurance Manager at NZ Hops in Nelson, speaks about how working directly with the hop growers in the fields has honed her passion for craft beer, and inspires her to brew her own. She talks to Denise Garland.

There’s not many people who can say they have their dream job. But that’s exactly how Lauren Yap, the Field Support and Quality Assurance Manager at NZ Hops describes her work.

Yap, an American, was brought on by the hop cooperative in their quality assurance posting in January 2020 to support the trial hop programme, which NZ Hops and Plant & Food Research partner on.

“So I got to work quite a bit with all of the growers who had just recently started growing Nectaron in its first year,” Yap says. “I got to walk a lot of those hop fields with the growers and learn a lot about them and communicate all of the data…to [everyone involved]. It’s kind of a dream job for me to be honest.”

Yap’s role has expanded to include field support as well, ensuring the 27 hop growers who make up the NZ Hops co-operative have the information and support they need. She says she thrives off the face-to-face interaction with the farmers.

“Some of these guys are fifth or sixth generation and are holding their next generation on their hips,” she says. “There’s a lot of logistics with commercial hop growing and I get to be the one that supports them in anything that they might need, which is really great.

“A lot of my job is making sure that the growers and the plants are meeting the standards of what we boast our customers, and if there’s any way that a grower maybe has a hard year – like this season with the hail – It’s making sure that we’re both communicating that information and managing it the best that we can.”

Working so closely with hop growers and the trial hop programme is such a dream for Yap, because of her background in the United States.

“I’ve been a brewer for a couple of breweries in Portland, Oregon, ranging in size. But before I was a brewer, and throughout university, I worked with a lot of specialty crop breeding programmes. A lot of that [involved] going out and collecting field data and being on the ground and communicating any agronomic [information] that is specific for research trials.”

After university, Yap took on an internship with a hop breeding programme in Yakima, which honed her love for craft beer.

“They loved their jobs, they loved craft beer, and they loved to work in a place where, you know, craft beer isn’t the most impactful thing on the planet, but you can influence quite a bit. I think that that was really fulfilling, and I got to meet a lot of brewers at the time – it kind of inspired me to do it, and just try and get a brewing job.” she says.

Yap has brewed for several breweries and worked a few wine vintages since then. She and moved to Nelson with her partner a little more than a year ago, where she landed this role.

Yap says her love of beer continues to grow as her relationships do within the hop-growing community.

“I feel very fortunate to be able to meet the farmers, and I have so much respect for farmers – just the ability to take their raw product and be able to turn it into something – a beer – that is often community building, is the piece of it that’s really inspiring for me. I can’t say enough that getting to work with farmers is so influential on me – just even from a psyche point, and from a job fulfilment and a life fulfilment point. I feel incredibly lucky.”

But Yap admits there have been some challenges she’s had to face while working in the brewing industry – one of which is the number of women in the sector.

“In the craft beer industry in general, there wasn’t, at least when I started, enough representation. So I get to work with incredible women now, and even when I started in Portland, Oregon…the women in that craft beer industry are insane – they’re just rock stars. But they were my age and …I think that was probably the most challenging part of it, was just trying to find people to look up to. I’m so glad it’s becoming more and more normal for a woman to be a brewer or in a cellar at all.”

Yap says another frustration has come to the forefront while working in the New Zealand hop industry – namely, that some people within the brewing industry don’t understand how lucky they are to have world-class products growing on our doorstep. 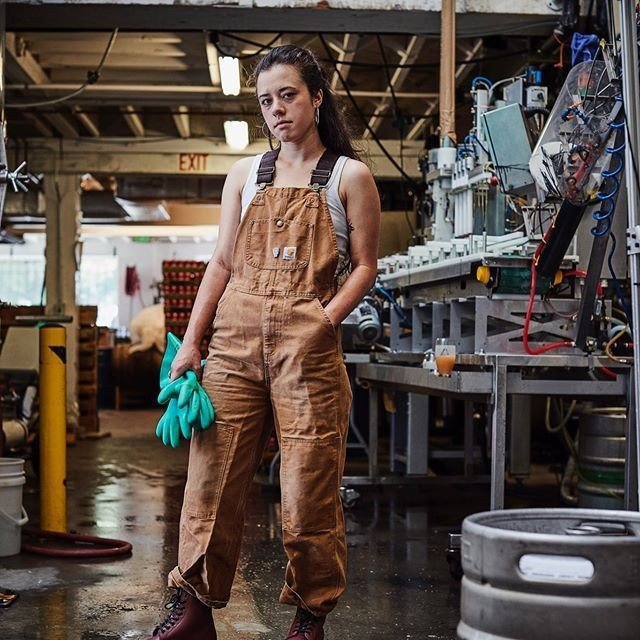 “It doesn’t seem like all brewers are using New Zealand-farmed hops here – I see a lot of American-farmed hops, and I mean, coming from America, you would be lucky to get a hold of New Zealand hops. It’s growing, but the New Zealand hop industry is 1 per cent of the world’s hops, so when you do get a hold of them, they’re like this precious golden nugget. So I was surprised more [brewers] didn’t take advantage of being in New Zealand.”

Yap says those attitudes do look to be changing, thanks to the hop breeding programme that she’s involved with.

“From what I’ve heard from our sales team and our marketing team, a lot of brewers are getting to play around with these new trial hops and are growing their relationships, and we’re educating them more about what hop breeding looks like in New Zealand,” she says.

“People have dedicated their entire careers to getting these brewers the world’s freshest, newest hops, and that’s really exciting for me. I’ve had some really good beers with these trial hops that I’ve been working with the farmers and the breeding programme [on]…and it’s exciting that more people are jumping on board.”

Yap is so passionate about beer and New Zealand-grown products, that she and her partner have started their own beer and wine label, Brood Fermentation, which has a big focus on local and organic ingredients.

Yap says that is where she would like to see her career develop next.

“I would definitely like to see [Brood Fermentation] grow more. We’re only just in the starting days of it, and we have a little bit of beer out in the world now, locally. So I think I would really like to see just my just my brewer journey grow.”

But, she says, that wouldn’t be at the expense of her work with NZ Hops.

“I don’t think I see myself leaving the hop world for a long time. I love it. And I am now so invested in some of these trial hops that I get to go out and look at and assess. I really would like to see brewers be excited about it all in the way that a grower is and in the way that the breeding programme is.”

Yap draws much of her inspiration from the ingredients and those who produce them, and says that’s much of what keeps her interested, and invested, in beer.

“It’s beyond inspiring to me that someone could grow hops or craft malt that is an agricultural product that is grown just for a beer. Hops don’t have another outlet. So for someone to just dedicate their families and generations and generations of careers, and all their time and energy into this tiny product that just makes a beer, I think that’s the biggest thing that makes it all worth it for me.”

Beyond the Beer is a project from the Brewers Guild of New Zealand to highlight the women in our industry and the work they do. There are females working tirelessly in all areas of the beer sector, often without recognition.

Gabi Michael arrived in New Zealand to work on a dairy farm but a chance meeting at the Ashburton races took her into a career in malt.
Read More

Beyond the Beer: Conversations about Diversity