The secret to saison success

I have long loved saison but for an equally long time, I’ve never fully understood the style.

I know that distinctive yeast character, I have an idea of the history, but I couldn’t put my finger on just what makes saison so deliciously saison.

To get to the essence of it, I called Kieran Haslett-Moore at North End Brewing after he released a trio of “Harvest” saisons — one hopped, one with added pear juice and one made with botanicals.

“It’s not surprising to hear you say that you struggle to know saison,” he says, putting a metaphorical arm around my shoulder.

Not only is Haslett-Moore a brilliant brewer — especially of classical Belgian styles — but he possesses as deep a knowledge of beer styles as anyone else in the country. But as he explains, saison is more than a “style” of beer.

“There are three different concepts of saison,” he says. “Two are more style guide ideas and the third is that intangible farmhouse quality. All three are quite different and all three are equally valid — it’s quite complex.”

Like so many modern beer styles, we owe a huge debt to beer writer Michael Jackson.

“If we go back to when we came up with the idea of a beer style called saison, that takes us back to Michael Jackson, travelling through Belgium and tasting these beers. He was the first person to categorise saison as a set style.”

Jackson’s “style” had a regionality to it; they were beers made by traditional Belgian breweries concentrated along the French border in the Wallonia region of Belgium.

“The beers he wrote about all had those expressive yeast characters that carry through all three themes,” Haslett-Moore adds.

Historically, these beers were hoppy and bitter. “There’s a real lineage back to a Belgian idea of English pale ale – they tended to be hopped with English varieties and the water in the area was quite hard, so they had a Burton water profile going on. So as far as Belgian styles, they were pretty high in bitterness.”

A more modern interpretation of saison still has an expressive yeast profile but “they’ve migrated to being much lower in bitterness”.

The third — and perhaps the most crucial aspect — of saison is the intangible: the “mythology” of farmhouse brewing.

“And when I say ‘mythology’ I’m not saying it’s not true but the stories have passed into legend to some degree.”

He’s talking about the almost romantic notion captured by the sometime alternative usage of Farmhouse Ales as a name for these beers. They were brewed at the end of the harvest — in autumn —and stored over the cooler months. There’s a similar style known as grisette — brewed for miners. And across the border in France there is biere de garde (beer for keeping).

Traditionally, these beers were made with whatever ingredients were at hand — hence a malt base that could be anything and everything. Often that applied to the yeast as well, with a mix of strains used, with the added impact of microbes if the beers were barrel-aged.

When seasonal labourers (the saisonnieres) returned to work the following summer, the beer was part of the deal, a form of currency as well as reward for a hard day’s work. In keeping with the hard-to-pin-down nature of these beers, while most breweries in the region were farm-based and produced their own unique style, not all farms had breweries and the area also had more urban breweries.

In some ways, saison is not even a style — but a regional and cultural cocktail of traditional practices. And there is a modern rediscovery of saison happening around the world.

These are loosely held together by the expressive saison yeast strains but primarily they are about local ingredients, unique interpretations and beer as part of the cycle of life. 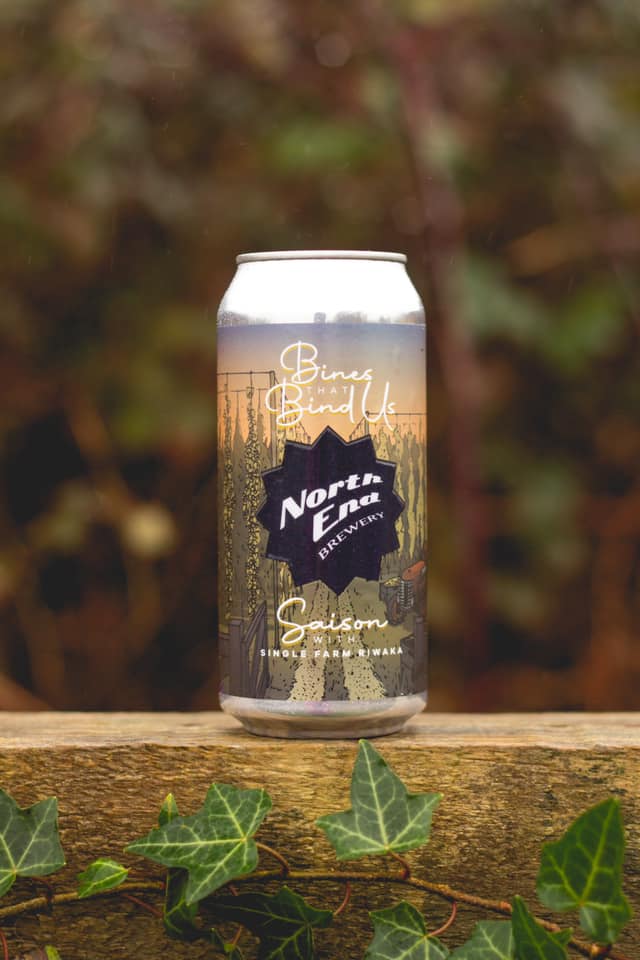 Haslett-Moore’s trio of Harvest saisons tap into this notion of local produce. Bines that Bind Us uses hops sourced from the Eggers family farm in Motueka; Secret Garden features herbs harvest from the brewery garden; and Lost Orchard is made with pear juice from a “lost orchard” discovered while Haslett-Moore was visiting the Stanmore farm that supplies the blackberries for his La Mure.

The pear juice addition is a modern twist that Haslett-Moore says came to him via America rather than Belgium. “The inspiration was Logsdon Farmhouse Ales in Oregon. Dave Logsdon used to be the head judge at the Brewers Guild Awards for many years, and the brewery does an amazing saison that they prime with pear juice. There’s an X-factor that comes from the priming with pear juice, and Craftwork have done one like that as well.

“It’s modern but gives it a bit of rusticity.”

At this point we’ll do a quick diversion into the fact that these beers are can-conditioned — a process Haslett-Moore will use for all his canned Belgian beers in the future.

Like bottle conditioning, the beer remains “alive” and continues to ferment after packaging. It has great benefits in terms of the beer’s longevity and flavour, but also comes with downsides. A major is having beer sit around for three weeks post-packaging waiting for it to reach the desired carbonation level. Every day the beer sits around is a day more until revenue starts flowing.

Haslett-Moore accepts there’s a no real risk of cans exploding. “There’s always risk — there’s risk without can-conditioning that you’ll have things explode. But I actually feel there’s less risk with can-conditioning because we are fretting over that process so much.”

Back then to the flavour of saison.

The beers are often described as dry, earthy, spicy (pepper, clove, cinnamon derived from phenolics), lively and tangy (just a hint of sourness).

The magic is in the yeast-driven aromas and esters.  I suggest “perfume” is the best word.

“Perfume is good — they are high in phenols and esters which flow over the earthy and spicy notes. One of the things I think you get is pear-like notes, but it is hard to pin down.”

Part of the intangibility is due the tradition of saison being fermented with a mix of yeast strains, sometimes with Brettanomyces.

“The thing about fermentation is that you can put the same yeast strain in a different brewery or a different wort and get variations. We never use a strain in isolation — we always have two and usually three strains at work in beers.”

Haslett-Moore is delighted with the response to his Harvest saisons.

“These have sold really well — we sold half of each batch in a fortnight. That’s good for us for any beer and especially for a beer like saison, which is traditionally a hard sell.

“I did these was because we were doing these harvest visits but at the same time people were talking about this great New Zealand saison revival. As someone who had been plugging away at saisons for years and years, I felt we might have been getting left behind.

“If there is, or was, a saison revival and we weren’t part of it, that’s not cool.”

A new release from Christchurch’s IPA specialists, the Volstead Trading Company this 6.5 per cent IPA is fueled by American Sultana and Chinook hops. The aroma brings bright grapefruit citrus, zesty orange peel and spice over an expressive malt richness.  The palate...
Read More

A pair of skateboarders trumped magical animals and Satan to give Queenstown’s Searchlight Brewing top prize in the annual GABS Label Design Awards. The winning entry was designed by Mikaela Merrilees, of Meraki Design Studio.

Deep Creek are the first New Zealand brewery to launch a range of beers with fruit added post-fermentation, a practice which has resulted in exploding cans in other parts of the world.

A big birthday requires a big beer and in this case Garage Project have delivered a monster! Fresh off their win at the 2021 NZ Beer Guild Awards, New Zealand’s Champion Large Brewery of the year has produced a triple hazy IPA celebrating 10 years in the brew...
Read More

Alert level 2 dinking in Welly this October meant event cancellations continued, while table service created a more European approach to beer drinking. Getting a pint on a Friday night became more of a challenge, with booking tables a new trick to learn. There was,...
Read More

Nectaron: 17 years in the making