Picking a dozen beers named after excellent music a couple of editions ago was a fun exercise – so much so that we’re back with a sophomore album. And you can listen along on Spotify.

Sure, but it is beer?  Technically, yes; philosophically, shrug. All I know is that it’s rather tasty, and it’s named after this absolute barnburner of a tune from 1966. Boston is one of the world’s great towns, and the River Charles’ general grubbiness is an important part of its dirty-under-the-fingernails charm. And if you’re looking to open a beer-themed playlist with an OG garage rock nugget, until someone claims “Louie Brewie” or “Have Hops Will Travel”, this is almost certainly your best bet.

As helpfully pointed out by someone on Couch Beers, this 6.04% Hazy shares a couple of decimal points with the 6 minutes and 4 seconds running time of the Led Zeppelin classic. It’s an excellent name for a beer – not only is it a twist on the new US Cashmere hop varietal, but the heady orchestral psych masterpiece from Physical Graffiti is a lovely reference for the dreamy punch of the hazy IPA style, Plus, it is fresher naming territory than the well-worn jungle, fruit, and juice themes often employed for names and artwork.

Likewise, the Grateful Dead are another well-chosen, and underused reference point for the hazy style. Given that every brewery in the world is contractually obliged to release 137 new hazies each week, there’s going to be an arms race for new naming angles, and there’s rich material to mine in the extensive back catalogue of the much-bootleged hacky-sack enablers. Sunshine Daydream is a deep cut, a lyric from “Sugar Magnolia” that also gave its name to a legendary concert documentary that was passed around devotees like their famed concert tapes. The beer is a cruisy quaffer at a mellow 5.2%, made for parking up in a bean bag and shooting the breeze with like-minded deadheads. 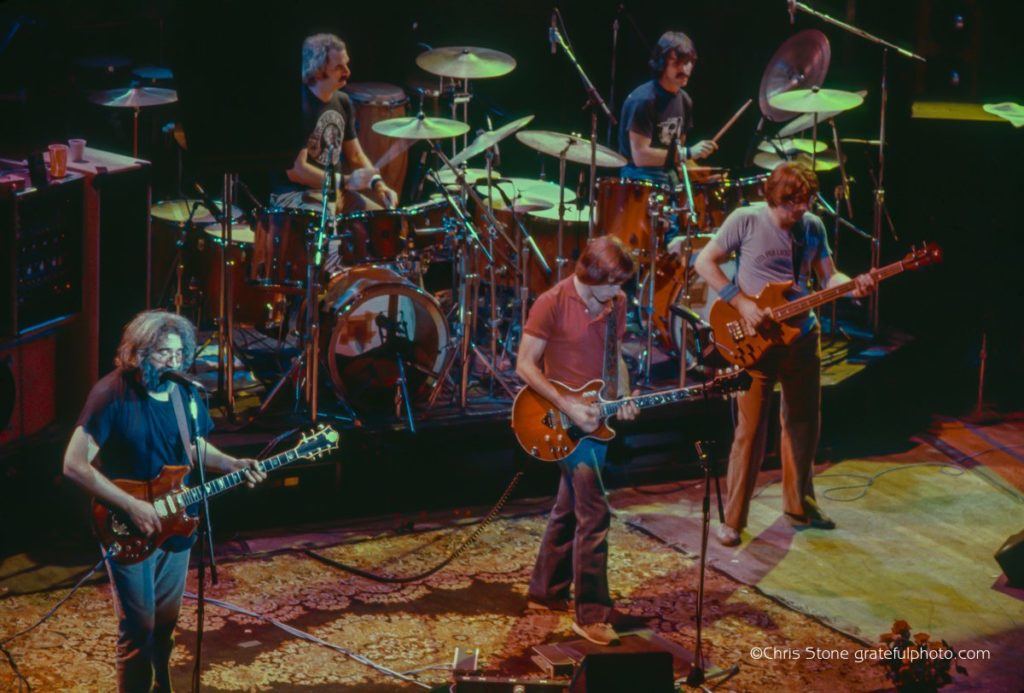 Until I came across this beer and its playful homage to one of the great pieces of album cover design, it hadn’t really occurred to me how strange it was that Oamaru’s masters of esoteric styles from Belgium, had chosen a name that instead conjured up a classic band from the equally-awesome beer nation next door. The brew itself is as singular as they come – a funky take on an obscure miners’ brew from the Belgian/French border, aged in barrels of a German grape varietal, and fermented with an American yeast. To my ears, the perfectly streamlined pulse of the Dusseldorf maestros’ magnum opus feels like an unusual music match to this gleefully idiosyncratic beer, but I’ll happily open a bottle and turn it up.

The story of Funk Estate is bittersweet: after sadly going into liquidation in early 2020, the business was acquired by Brandhouse, owners of Renaissance, and the brand lives on. That’s good news for fans of their classic kettle sour “Jungle Boogie”. The Kool and the Gang banger it was named after got a second life after being featured on the soundtrack of Tarantino’s Pulp Fiction. Both beer and song were bloody good first time around; the tune got a well-deserved second innings, and hopefully “Jungle Boogie” the beer goes the same way.

While I’m 87 per cent sure that this Head Like a Hole classic wasn’t the inspiration behind one of the originals in Parrotdog’s name can series, there’s maybe something in common between the brash swagger of the tune and the self-assured smoothness of this spiritual godfather to the Lyall Bay crew’s wildly successful multipack hazies.

Eagled-eared readers may note that this tune made it onto our first playlist, representing Panhead’s mammoth barley wine Black Sabbath. I’m committing at least one cardinal playlist sin here, but on writing the first article I was unaware of the existence of this excellent beer named after the tune itself, and I’ll take any excuse to turn this tune up twice. The American Strong Ale is rarely spotted on these shores, which is a shame as it is a wonderful style, as anyone lucky enough to have partaken of Stone’s Arrogant Bastard can attest (sidebar: also featuring some of the best craft beer packaging copy of all time). Far more erudite folks than I can debate the difference between a big American Strong and a hop-forward barley wine, and it may be based on whether it’s a metric or an imperial truckload of hops that get dumped in, but I like ‘em both. And did I mention how great this song is?  In the event there’s a third musical Worty Dozen, I’m going to try very hard to find a new reason to dust off side two of Paranoid yet again…

Passionfruit, juniper, and yoghurt bacteria are unusual guests at a beer party, but whether you know your Lactobacillus delbrueckii from your Streptococcus thermophilus, as long as you have taste buds you’ll recognise this as a cracking beer. As it needs to be, borrowing the name of one of the best pop songs of all-time. Whether you prefer Gloria Jones’ northern soul stomper, Soft Cell’s electro-pop stunner, or even Marilyn Manson’s industrial disco scuzz, the sparky tartness of this brilliant sour ale is the perfect accompaniment. 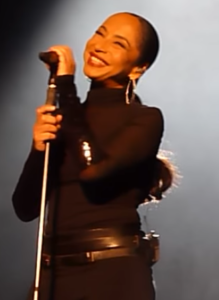 Sade’s 1984 pop hit is a cornerstone of many an 80s playlist, complete with a gratuitous sax solo. Its namesake beer does a fine job of living up to the mantle of smoothness. The cream ale is one of those styles that is designed to be as unchallenging as possible, and like the showy sax solo in an easy-listener, the dose of honey, vanilla and cornflakes here adds some necessary pizazz to the general muzakiness of the style.

Eddyline Summer in the Citra

I love me a good pun, and this is a doozy. This IPA is almost unconscionably easy-drinking, and you’ll be surprised to find you’re halfway through your glass by the time the 2 minutes and 40 seconds of pop perfection from The Lovin’ Spoonful has elapsed. Never fear, music lover, for there are worthy covers from the likes of Quincy Jones, Johnny Marr & Matt Johnson, Regina Spektor, and Joe Cocker to partake in while you savour the last few sips.

One of those classic beers whose existence you sometimes just forget about, “The Doctor” was justly rewarded with a spot in this year’s New World Beer and Cider Awards Top 30. Sitting somewhere between a doppelbock and a schwarzbier, it’s a beguiling trip for the senses, at once dry, chocolately, and super refreshing. Narrowly pipping JJ Cale, Dr Dre, and Doctor and the Medics onto the jukebox is our very own Blam Blam Blam covering the Doctor Who theme, because double awesomeness.

With the tasting notes referencing after-dinner-mints, this elegant dessert beer from Raglan shows that decadence can be subtler than pastry stout excess. The hypnotically smooth waves of chocolatey goodness are a nice pairing with Ride’s classic shoegaze anthem. Whether or not you sport a floppy fringe and scuffed Doc Martens, this a fine beverage – especially if you remember to take it out of the fridge an hour before pudding is served.

Dave Pearce’s day job is Purple Sneakers, a one-man marketing freelancing business. Before that he worked for Lion for 15 years, and somewhere in the middle lived in a caravan for 6 months with his wife and two small children while circumnavigating the USA. He’s rather fond of beer, but if we’re being honest probably likes music, pies, and various doomed sports teams more.

Beer Jim, But not as we know it

Townshend back on track

The Butcher and The Brewer